If we stop eating meat, what happens to farmers? 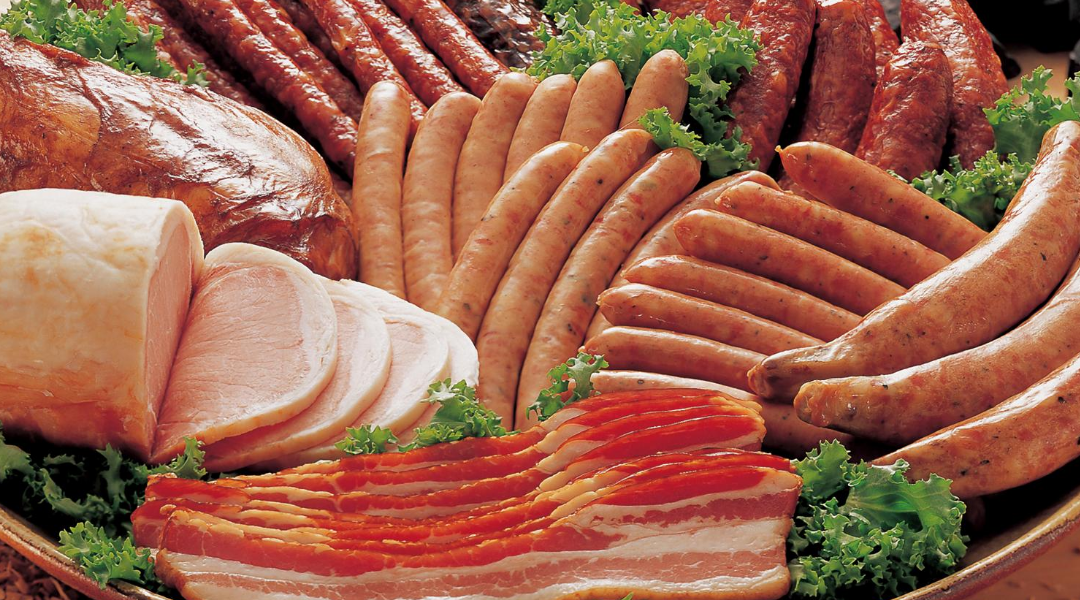 Tanya Haffner MD RD MyNutriWeb
In my recent interview with Rhiannon Lambert for her Food for thought podcast, we discuss ‘Is it time to stop eating meat?’ – from both a health and sustainability point of view. Within 48 hours, it was no.12 in Apple podcasts for our sector.

Our conversation was wide-ranging: from the relative nutritional benefits of eating meat vs a more plant-based diet, to greenhouse gas emissions, to the culpability of supermarkets in pricing. I suspect the podcast’s popularity is in part due to its provocative title – and the fact that around 90% of the population are meat eaters, so have a direct interest in the topic.

Of the feedback we received, one of the loudest voices was from farmers. By calling on everyone to cut back on red and processed meat consumption, many felt that we were directly attacking their livelihood.

I don’t want to shy away from their anger, frustration and difficulties. I have huge sympathy for the agricultural community – I know it’s not easy. EU and government incentives and policies, and our entire broken food system, have pushed farmers towards mass production and more factory farming for economic gains. There’s little or no consideration for health, ecology or animal and human welfare. Even farmers who ethically would like to take a more sustainable approach feel pushed into unsustainable farming methods. Those who are following regenerative, sustainable practices are still too few, ill-recognised and unsupported.

Incentives and support for both farmers and consumers are critical in order to cut down meat consumption and increase our whole plant food intake.

One of the problems as I understand it is that at the moment 50% of our food in the UK is imported – 30% from the EU. The UK has the land capacity to grow 80% of all food we consume, but farmers don’t have the incentives or support they need to do so. Perhaps that will change post-Brexit. In fact, it could be the big opportunity we need to effect change.

“The debate has been hijacked by absolutist views”
I recently spoke to Duncan Williamson, food systems, biodiversity and sustainable diets expert and Trustee at Eating Better. He’s working with a group of small farmers keen to get their voices heard in the health and food system debate. They feel they’re not represented by their industry leads or listened to by civil society or urban groups. He told me: “The debate around eating less meat has been hijacked by absolutist views – less meat is ‘anti-farmer’ and about going vegan; often less meat is seen as just being about red meat forgetting white meat.

“In fact, the debate is more nuanced around how meat is reared, where it is reared and the amount consumed. Not all meat is the same – compare industrial chicken to organic free range, or a feedlot cow to one on the lowlands of Scotland. Yes, we need to eat less meat, produced by responsible farmers with smaller herds and flocks. We need to ensure people have access to the right amounts from a nutritional point of view, if they choose to eat it. We must step back from over consumption and industrial livestock systems.”

“A very broken and unfair system”
My lifelong family friend and farmer Gwen Gray, from County Waterford where I grew up. She suggests that it all comes down to economics, and to who is holding the purse strings. “Economics are driven by and for the few; the middlemen running the factories and food industry have little concern for ecology. These are inhibiting progress around regenerative sustainable agriculture.

“Furthermore, the EU subsidies which largely incentivise livestock farming have little to do with ecology and leave hardly any profit for farmers. It’s a very broken unfair system where the farmers hands, the supposed guardians of our land, are unfortunately tied.”

“We urgently need to eat less and waste less. We need a new vision for farming.”
Sue Pritchard, Chief Executive of the UK Food Farming & Countryside Commission, also owns a farm in south Wales. Her work is all about encouraging regenerative practices. She acknowledges the overwhelming evidence to eat less of the foods that cause us harm. “Many of us urgently need to eat less and waste less food, moving away from industrially produced meat, towards sustainably produced meat and dairy when we eat it, much less ultra-processed foods and more whole plant foods for health of people and planet.

“We need to heal our food system globally. In the UK, this needs a new vision for farming, with policies and incentives that support regenerative farming practices, as well as plans for connecting citizens back to rural communities to support farming and diversification.”

Like Gwen, when I spoke to Sue she alluded to the powerful and concentrated interests within the food system and how this locks farmers and growers, processors and retailers, into a way of operating that we know now is deeply problematic.

Two key things however do give her hope:
1. The fact that many farmers are already working hard to build a system that is better for everyone
2. The emergence of concern and efforts from a few forward-thinking corporations to effect change – like Emmanuel Faber, Chief Executive Officer of Danone, who is leading the company’s transformation into a “B Corp”. This commits it to meeting a rigorous set of criteria in areas including sustainability, transparency, and legal accountability. He says, “We do not consider the purpose of this company to be returning money to shareholders. There is a broader purpose.”

Sue believes that all big corporations need to think and act bravely like this to see a real shift towards a healthy food system. Alongside this, she highlights that we need to raise the regulatory and legislative baseline to:

·       Make it harder for companies to do things that cause damage

·       Boost the capability of farmers to do the right thing

“There are already tools available to us to help us act on what really matters. For example, if extended across the food system, the principles enshrined in the Environment Bill like ‘the precautionary principle’ and ‘polluter pays’ could have a huge impact. We have seen a glimpse of this thinking in the first phase of the National Food Strategy and we hope to see more.”

“Gains made in public health are at risk”
Health Secretary Matt Hancock’s announcement to replace Public Health England with a new ‘health protection’ body spanning the four UK nations has worried Sue. “I am nervous that government will disregard the critical importance of the public health profession in working upstream, to improve health and wellbeing, prevent chronic illnesses and reverse diet related ill-health, not fully understanding the significance of all this in helping to manage the impacts of COVID-19. The gains made in public health are now at risk, and at best may be slowed up thanks to the disruption of a reorganisation.”

“The market is skewed and manipulated”
Sue made one last poignant remark, relating to the consumer. Many say that the market responds to consumer demand. However, Sue says, “What is not widely recognised is how the market is skewed and manipulated by food influencers, lobbyists, marketing and so on to persuade people to eat what may not be good for them and the planet. We need to re-think the way we rely on this market paradigm and who we work with and on what terms. These need to become very important questions.

On this issue, I’m personally encouraged to see the work of Share Action, who lobby ordinary savers and institutional investors to invest only in corporations that ensure our communities and environment are safe and sustainable for all.

“When we value all that has gone into producing food and respect the natural limits of the earth’s system, then we will be able to build values-led food systems, that have space for both plants AND animals, in a way that is sensitive to planetary health.”

A vision of the future
As I finish up this blog I have just listened to this week’s Radio 4 Food Programme covering Sitopia – how food can save the world by Caroline Steele. It’s a must listen for anyone involved or interested in our food system.

This special edition comes from the year 2030, where Caroline Steele is Prime Minister. She and her government have created a land with food at its centre, following the COVID-19 and environmental wake up calls to our food crisis. It gives us a vision of what a good food system can look like and how we get there. Westminster Hall has apple trees lining the roads, roof top gardens are commonplace in urban areas. Farmers are fully supported. Tax breaks are given to those who are the most self-sufficient in food. Retailers are good wholesalers. The NHS is doing better and costing less as less people are suffering from diet-related ill health. Schools are teaching everything that kids need to know via kitchen and garden methods. It felt like a lovely dream listening to it. I do hope Boris listens and acts.

I hope the Food Programme in 2050 will say that we all acted on time. Our broken food system is one of the most critical and complex challenges faced by humankind. We cannot continue to trash the last of our planetary resources. We need to act together urgently for change in all countries before it’s too late.

Having been brought up in a family intimately close to food source in rural Ireland, which meant that we understood and valued food which was significantly more than my family now does in north London today, I  passionately believe that our nation at large needs to reconnect with our food source – it will surely heal a lot of what is broken in our food system. Putting food at the centre of our economy is a logical and important solution. One where everyone has a role to play, and where government and big corporates will clearly need to be visionary, brave and acting fast together.

Will all the many diverse players finally come together and act on time? And how? What do you think? If you have any helpful thoughts or additions, please share in the blog comments below. I’d love to hear them.