Iodine: what action needs to be taken? 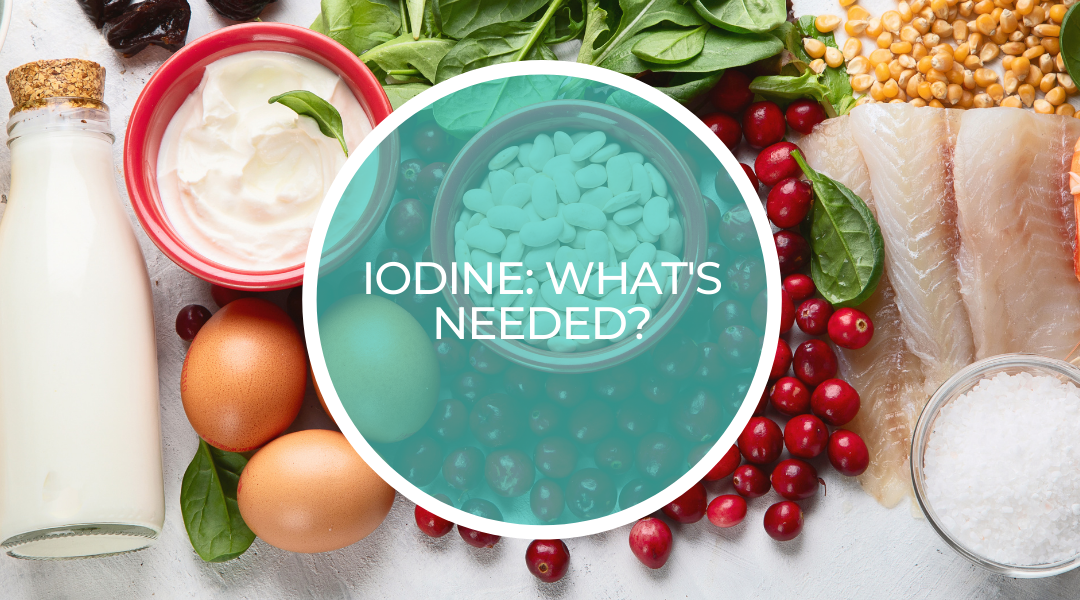 In the run up to and during Dietitians Week 2021, the British Dietetic Association (BDA) looked at the complex topic of iodine. They’ve highlighted the importance of addressing sub-optimal iodine intake in some at-risk groups and its consequent health implications.

We welcome this fully and we hope the conversation is wide, with care taken for any subsequent public awareness campaign, in order to avoid any potential unintended consequences.

Here’s our take on the issue…

The BDA’s England Board and the Maternal & Fertility Nutrition Specialist Group recently completed a project to consider the case for wider iodine fortification.

This has now developed into a campaign to increase public awareness of the essential role of iodine in the diet. (It adds further support to Professor Margaret Rayman’s group at the University of Surrey, who have been campaigning for over 10 years to place this serious issue on the UK government’s agenda.)

It’s a no-brainer. Those following a vegan diet (around one million people in the UK, according to The Vegan Society) and those avoiding fish and/or dairy due to allergy or intolerance will benefit from the fortification. As Heather Russell RD from The Vegan Society explains: “During recent years, some manufacturers have reformulated their products and launched new ones, increasing the availability of iodine-fortified plant-based alternatives to milk. This is not standard practice, so it is necessary to check the nutrition information on labels for evidence of iodine fortification and the amount added – around 25 micrograms per 100ml is ideal. If a product is fortified to this level, consuming around 500ml (half a carton) daily provides nearly 90% of a UK adult’s iodine requirement. This is my recommendation to those relying on this source of iodine.”

But it’s not so clear cut as to suggest that adding iodine to plant-based drinks will solve problems of iodine levels in at risk groups in the UK. Additionally, the potential unnecessary and unintended consequence of such communications may be to deter support for moderating dairy intake for environmental reasons. This important concern needs to be incorporated and carefully considered to avoid this situation.

Iodine fortification of plant-based drinks will have little or no impact on the nation’s iodine status, because plant-based milk substitutes have not significantly displaced dairy in the UK diet.

There are some key groups within the population who are at risk of iodine deficiency, notably:

See The National Diet and Nutrition Survey for detailed data

However, risk to the above female groups and groups isn’t because they don’t drink dairy milk – data shows variable intakes for these groups. Nor is it because they are consuming plant-based drinks that are not fortified with iodine. Rather, it’s because they’re eating an unhealthy diet overall.  Therefore, further consideration is needed for these groups. This is especially true for young and pregnant women, due the potential consequences not only for themselves but also foetal development and children’s subsequent IQ levels.

“Most plant-based milks are now fortified with iodine, although not all. Organic versions (and organic milk) contain little. For those choosing organic or for those not achieving a healthy balanced diet, the use of an iodine supplement may need be considered to provide adequate intakes (especially in women before or during pregnancy).”

The tension between the iodine campaign and sustainability

The BDA, the UK government and other global organisations are committed to the promotion of sustainable diets. The government healthy eating guidelines, the Eatwell Guide (re-launched in 2016) considers sustainability for the first time alongside nutrition. The ‘dairy and alternatives’ group were almost halved compared to previous recommendations, from 15% down to just 8% of the plate, where unsweetened dairy alternatives were included and recognised as being significantly more sustainable and an ideal replacement, if fortified. Any public health message will need to ensure that this is well understood.

It should also be noted that sustainable farming focuses on grazing cattle, rather than using iodine-fortified fodder. Going forward this will need to be considered, as the more sustainable our farming practices become, the lower the iodine levels of dairy milk will become.

To address the current iodine concerns of the at risk groups we must give attention to the wider significant impactful changes which must come from the Government. These include:

We’d love to hear your thoughts!

Webinar – Iodine deficiency in the UK: who is at risk? with Dr Sarah Bath, University of Surrey

Effect of inadequate iodine status in UK pregnant women on cognitive outcomes in their children: results from the Avon Longitudinal Study of Parents and Children (ALSPAC) , 2013