SUSTAINABLE HEALTHY EATING – WHAT DOES THIS REALLY LOOK LIKE?

SUSTAINABLE HEALTHY EATING – WHAT DOES THIS REALLY LOOK LIKE?

What does the controversial EAT Lancet really say?
What does sustainable healthy eating look like practically for the UK and Ireland, and how can this be achieved? 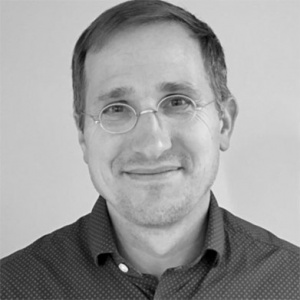 Fabrice DeClerck is the EAT Science Director. In this role Fabrice leads the development of EAT research and synthesis science. With the Stockholm Resilience Centre, EAT’s Science Secretariat, he works closely with EAT partners and programs as the interface between science and practice.
Fabrice’s professional background is in agricultural and environmental sciences with more than a decade focusing on sustainable development in Latin America, Africa, and South East Asia. His collaborations with the health and nutrition community date back to 2004 focusing on dietary and environmental health in the Sustainable Development Goals. Fabrice maintains a role as Sr. Scientist at Bioversity International, a member centre of the CGIAR. His engagements with EAT enable him to engage closely with UN Agencies such has FAO, UNDP, UNICEF, and UNEP; progressive private sector partners, and individuals farmers and farming communities on the radical food transformation needed in support of human health and environmental sustainability.
Fabrice has a long publication record with more than 110 peer reviewed papers and book chapters on integrated approaches to conservation, food production and environmental health, including several published in Science and Nature. He has co-edited several books, including a two volume book on Integrating Ecology into Poverty Reduction published in 2012. Fabrice is a Contributing Author on the Intergovernmental Panel on Biodiversity and Ecosystem Services (IPBES), and has held adjunct faculty positions with Columbia University, CATIE in Costa Rica, and the University of Idaho. He serves on the Science Advisory Board for the Science for Nature and People Partnership (SNAPP). He was Humboldt State University’s “Person of the Year” in 1995, and recipient of the Association for International Agriculture and Rural Development’s Young Professional of the Year in 2005.
Fabrice is a Belgian National, though spent the majority of his life in California. He is fluent in French, English and Spanish and has lived in Africa, Latin America, and Europe. He earned his doctoral degree in Geography/Ecology from the University of California Davis (2004), and completed his postdoctoral fellowship with the Earth Institute at Columbia University in 2008. He holds a Master’s Degree in Forest Biology from Iowa State University, and a BSc. in Plant and Forest Ecology from Humboldt State University. He currently resides in Montpellier, France with his wife and 2 children. Fabrice is an avid brewer, gardener and chicken farmer. 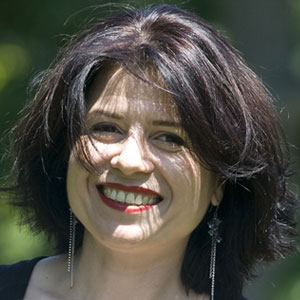 A dietitian with over 30 years’ experience including 10 years in the NHS – with a final post as Chief III Hepatology Dietitian at King’s College Hospital. Before going freelance, I worked as the in-house dietitian setting nutrition and health strategies for various food companies including Alpro, Unilever & Yoplait. My core expertise includes critiquing and interpreting scientific data into practical implications and public health messaging, producing various evidence-based scientific and consumer publications, working with key scientific leads and advising on regulatory matters. I am most proud to have recently worked with the BDA on the development of the One Blue Dot® project providing a scientific review of the evidence for sustainable diets and the nutritional implications for the UK public.

This webinar has been approved for CPD by the British Dietetic Association (BDA) and Association for Nutrition (AfN).

This website is intended only for students or professionals working in food, nutrition and health. If this is you, please click to continue.