THE TRUTH ABOUT SOYA

THE TRUTH ABOUT SOYA

Soya has gained in popularity in recent decades because of the recognition that soya foods provide sustainably produced high quality protein, the consumption of which, may lead to health benefits independent of meeting nutrient needs. For example, soya protein modestly lowers blood cholesterol levels and promotes gains in muscle mass and strength in individuals engaged in resistance exercise similar to animal protein. And the consumption of soya foods during childhood and/or adolescence may decrease the likelihood of developing breast cancer later in life. Despite these benefits, animal studies have raised concerns that in some people, soya foods could cause untoward effects. However, clinical and observational studies are supportive of the safety of soya foods, a view consistent with the conclusions of numerous health organisations. This webinar will provide an overview of the current understanding of the health effects of soya including both proposed benefits and the more controversial issues.

Dr. Messina is the co-owner of Nutrition Matters, Inc., a nutrition consulting company, an adjunct associate professor at Loma Linda University in California, and the Executive Director of the Soy Nutrition Institute. For the past 30 years, Dr. Messina has devoted his time to the study of the health effects of soyfoods and soybean isoflavones.

This webinar has been CPD approved by the British Dietetic Association (BDA) and the Association for Nutrition (AfN). 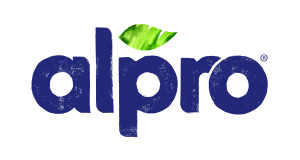 Nutrition, Diabetes and the Microbiome

Sustainable Healthy Eating – What Does This Really Look Like?

Fareeha Jay RD
Creating a culturally appropriate version of the Eatwell Guide for the South Asian community, where the prevalence of diabetes is high
View this recording