The latest on complementary feeding for babies and young children 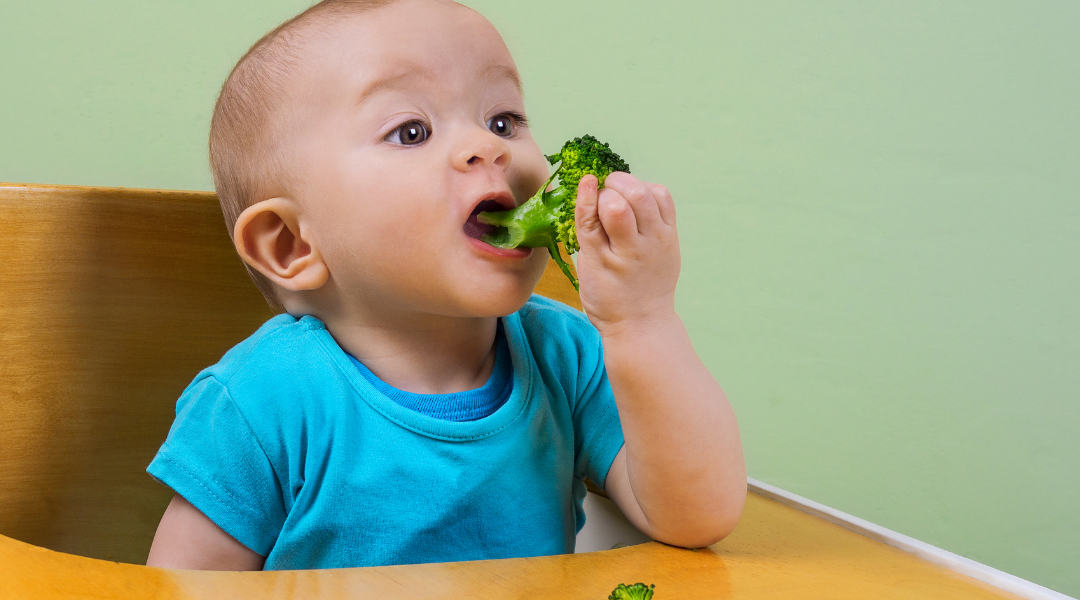 Guest author: Charlotte Stirling-Reed, registered nutritionist
The first 1,000 days of a child’s development – from conception to the age of two – has been shown to be a critical period. It’s when children are growing and developing both physically and emotionally at a faster rate than at any other time in their life. In this blog, expert baby and child nutritionist Charlotte Stirling-Reed shares the latest science and practice in complementary feeding.

Complementary feeding or ‘weaning’ happens at around six months of age, when an infant’s need for energy and nutrients starts to exceed what is provided from breastmilk or infant formula alone. At around six months old, a child is usually developmentally ready to start solid foods.

Why does nutrition matter?

Ensuring a baby has the right mix of nutrients is extremely beneficial to their long-term health. A lack of key nutrients can lead to poor growth and insufficient brain development, and an unbalanced diet can result in an increased risk of developing obesity, cardiovascular disease and diabetes in later life.

Nutrients of particular importance during early life are:

It’s really important to consider all of the ways in which food plays a role in a child’s development, not just nutritionally. This includes:

The latest advice on complementary feeding

How?
There are different approaches to introducing solids: generally, the traditional spoon-fed method; the more recent baby-led weaning (BLW) approach; or a mixture of the two. Neither approach is ‘right’ or ‘wrong’, so it’s important that families find what works best for them.

When?
Back in 1994, advice was to start offering solids at four to six months of age[1], which led to many introducing solids to their baby before they were four months old. In fact, in 2000, 85% of parents introduced solids before four months. In recent years advice has changed, and UK guidance on introduction of solid foods is now ‘at around six months’

However, there are certain medical situations where a healthcare professional, such as a GP or a paediatrician, may advise a baby to be introduced to solid foods earlier than six months – for example, if a baby is at a higher risk of allergies or has colic or acid reflux) Ideally this should not be before four months of age, as babies are very unlikely to be developmentally ready before then.

What does ‘developmentally ready’ mean?

What?
The Veg-first Approach
Vegetables are commonly reported to be children’s least liked food. But the evidence suggests introducing vegetables early in life may increase consumption later in life. We know that diets high in fruit and vegetables are associated with reduced risk of obesity, cardiovascular disease, hypertension, stroke and some cancers[5].

Traditionally, first foods have been sweet fruit purees or baby rice. These flavours are widely accepted as babies have an innate preference for sweet foods over bitter or sour tastes[6]. However, recent research[7] [8]suggests that offering a variety of tastes, including more savoury and bitter flavours such as vegetables, can help to develop a child’s taste preferences and may help to increase the acceptance of these foods later on in childhood[9] and even through to adulthood.

Because of this research, the vegetable-first approach to weaning has become more popular. It is recommended that infants are offered a variety of vegetables as their first foods. In fact, I recommend offering single tastes of a DIFFERENT vegetable every day for the first two weeks of weaning. 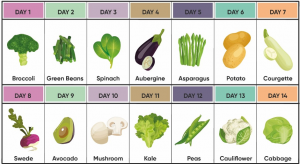 Finally, something to bear in mind when parents progress through their weaning journey, which is particularly relevant for increasing vegetable intake, is repeated exposures. Offering an unfamiliar food just once is unlikely to result acceptance straight away. Research suggests it can take around eight exposures before infants learn to accept a new taste fully[10].

Introducing allergens
If a client’s baby is at a higher risk of developing a food allergy (for example, there’s family history of allergy), then they may benefit from starting solids a little earlier, as long as baby is still developmentally ready.

Here are a few general tips to consider when it comes to allergens:

[4] How feasible is Baby-led Weaning as an approach to infant feeding? A review of the evidence (2012), Cameron SL et al.

[7] Effects of starting weaning exclusively with vegetables on vegetable intake at the age of 12 and 23 months (2014), Barends C et al

[8] An exploratory trial of parental advice for increasing vegetable acceptance in infancy (2015), Fildes A et al.